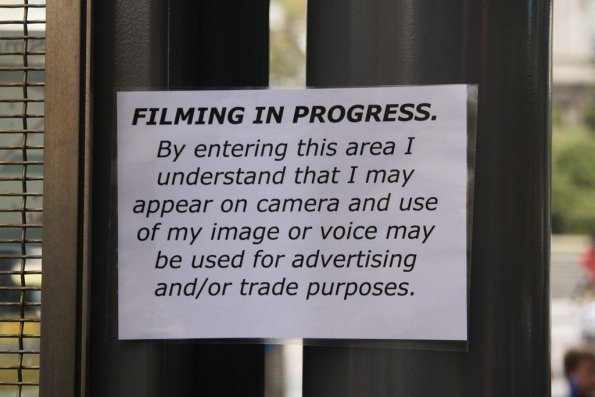 GDPR or the European General Data Protection Regulation addresses how we collect, store and use personal data. It is important as producers or “data processors” that we protect our contributors data and handle it correctly. All video producers should remember that recording or storing video and audio data can be considered as ‘processing’ personal data.

Personal data includes any and all information relating to a person who can be identified – directly or indirectly. This also includes still imagery and video as it can identify an individual. Here are a number of things we can do to adhere to GDPR standards:[/vc_column_text]

1. When filming, be sure to get consent from the individuals involved.

Create a contract and release form to be signed by your contributors. Make sure it clearly states that they know and agree to being filmed, as well as for what purpose. Always ask for written consent from parents of underage children. If not possible, then blur out their faces during post production.

2. When filming, always inform incidental people about photography and filming.

Ask for permission (preferably in written form) from any member of the public that will show up in your videos. If the area is too public and too big to get a written consent from each individual, you can instead opt for placing huge and clear signs around the area. Do this ahead of time. When people see it, they’ll know that filming is ongoing and can elect to walk somewhere else.

3. When filming, respect the rights of those who refused to be filmed.

Remove or blur out anyone who requests to not be seen on video. Opt for close-up shots, when it’s in a largely public place, so those in the background will not be identifiable.

Need a release form that is GDPR compliant for video production?